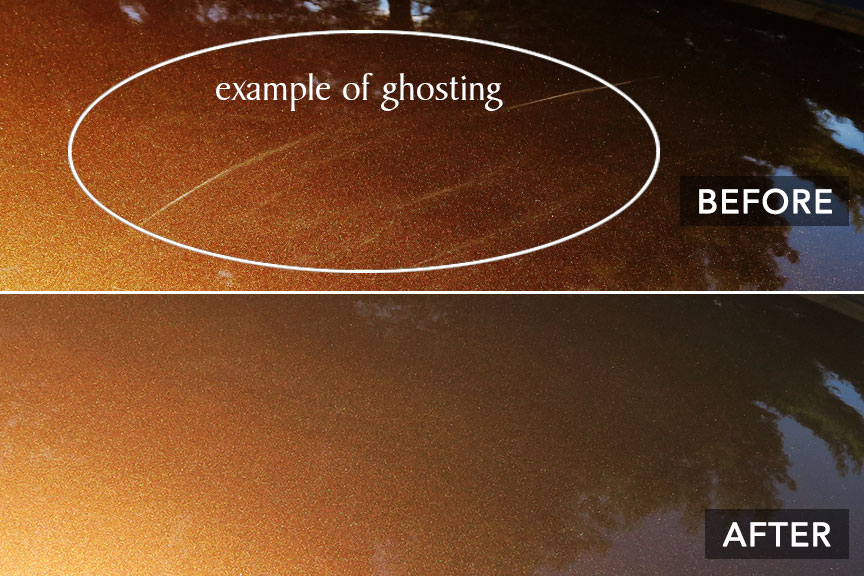 When your car or truck leaves the factory, its finish is like a clear mirror and silky smooth to the touch.  Yet most vehicles that come into Cleaner Quicker Car Wash and Detailing show signs of abuse on their finishes.  Their swirls, small scratches, and ghosting dulls the shine and holds dirt.

This results from several sources: the brushes that other car washes use to clean their vehicle, improper hand washing, and poor buffing by other detailers.

You get swirls, ghosting and small scratches on your finish  from car washes that use cloth brushes or from hand washing incorrectly. They break up the light to reduce the shine, dirt finds it easy to grab on and get comfortable in them, and when you wax it, the wax can’t get a good bond and doesn’t last as long. Cloth brushes absorb the dirty and gritty water from vehicles in front of you and take it out on your finish by rubbing it with the resulting abrasive cloth, leaving small scratches, swirls, and smudges. When you spend on a good wax job, their abrasiveness scrubs off the wax in no time. They also gain water weight and are tough on antennas, soft tops, plastic windows and other protrusions such as mirrors. Cleaner Quicker Car Wash’s are made of a neoprene-like material (like a diver’s wet suit) that doesn’t absorb water and therefore sloughs off the dirty water with every revolution to clean itself and remain clean all the time. Instead of scratching or scrubbing off wax, it cleans beautifully, gently and polishes the wax finish as it washes the vehicle.

Another cause is improper detailing. When vehicles are buffed during detailing, the wrong buffers or poor technique can often leave swirls and white “ghosting” like the ones shown on the bronze Lexus above, and the swirls shown on several other vehicles on our site. They tend to give the finish a more dull and uneven look and really stand out in bright sun as in the cases of the black cars shown in this section and others in the  Paint Restoration section.

We have invested in a full range of buffers from a small compressed air buffer for tight spots up to our new Random Orbital Polisher, or “Big Foot” by its nickname. “Big Foot” has a large buffer and rotates in an elliptical pattern rather than the circular pattern of traditional buffers. This elliptical pattern keeps it from repeating an identical pattern on the same spot as it rotates at high speed. This not only avoids the swirls and ghosting that can often come with normal rotary buffer, but removes existing swirls and ghosting when we restore your finish..

Furthermore, by shifting the contact pattern with each rotation, coupled with its large size buff wheel, it also buffs 50% cooler. This significantly reduces the risk of burning through the paint on tough jobs like the restoration ones show in other results examples. More on Big Foot and buffing

And of course where previous buffers from other detailers have left swirls or ghosts, we have the skill and the right equipment to take them out, using clay, buffing and finally carnauba to leaves the finish looking like a mirror and feeling like silk like this one and some of the other examples on our site. That way it not only looks great, but it’s so slippery dirt doesn’t stick well, water blows off, and it’s so smooth that wax has a great bond and lasts much longer. Let us check out your finish when you’re in to see if we can make a significant improvement in its appearance and practicality. 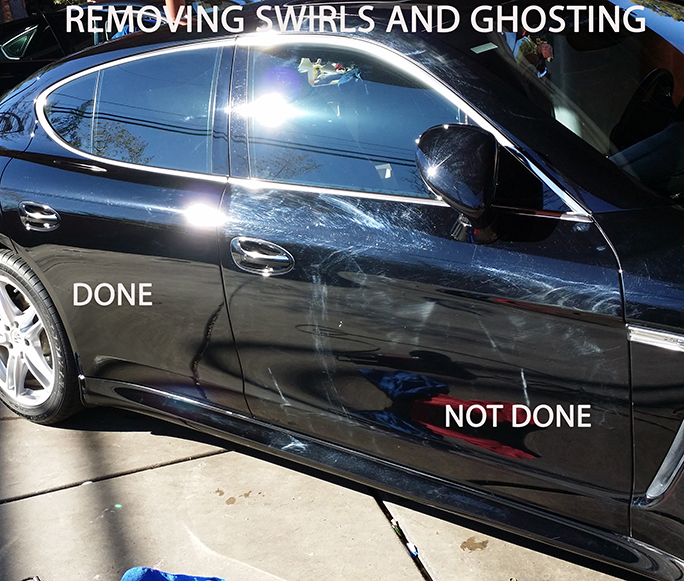 Best wash tunnel technology available today will leave your vehicle cleaner and beautifully conditioned while being gentle on its finish.

Get an express wash and be out in as little as 5 minutes with our self-serve touch-screen terminal and 2 ½ minute tunnel.

We clean your vehicle’s interior thoroughly because that is what you touch and where you spend your time.

We are rigorous in our relentless pursuit of ways to achieve the high quality you deserve as quickly as possible.

We appreciate your giving us the opportunity to serve you, and do all we can to make your visit as enjoyable and productive as possible.

We Are Pet Friendly!

Stop by and say “Hi” to Turk! Yes, he does work for bones! 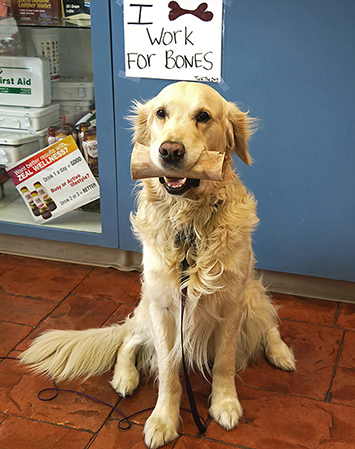 Amazing team and amazing facility. I can't say enough good about this place!

After having the cloth seats shampooed, the car vacuumed, and the windows washed, I feel like I’m in a brand new car! Thank you. ATTENTION TO DETAIL IS ASTOUNDING!

Great service every time! I come back every week.

It hasn’t looked this beautiful since I took it out of the showroom!

They got me in even though they were closing! Had a long drive home and they shampooed my carpets to look like new! Great job and service!

This place is amazing! Everyone is always so kind, hard-working, and helpful. I have never been to a more accommodating car wash, thanks guys!

Had my car detailed to take it in to trade it in, and got top dollar. There was a gentleman there, that when he saw the car wanted to buy it before I traded it in. Thank you, Bill

WAAAAYYY nicer than the old place. The new management has done a fantastic job remodeling the place and it’s very relaxing. Clean and friendly ­ perfect combination! Plus the cute doggy Turk kept my daughter busy while we waited for the car to get cleaned :) Highly recommended!!!

My SUV was dirty and loaded with dog hair and the headlights were fogged over. They got it super-clean and made the fogged-over headlights clear again!